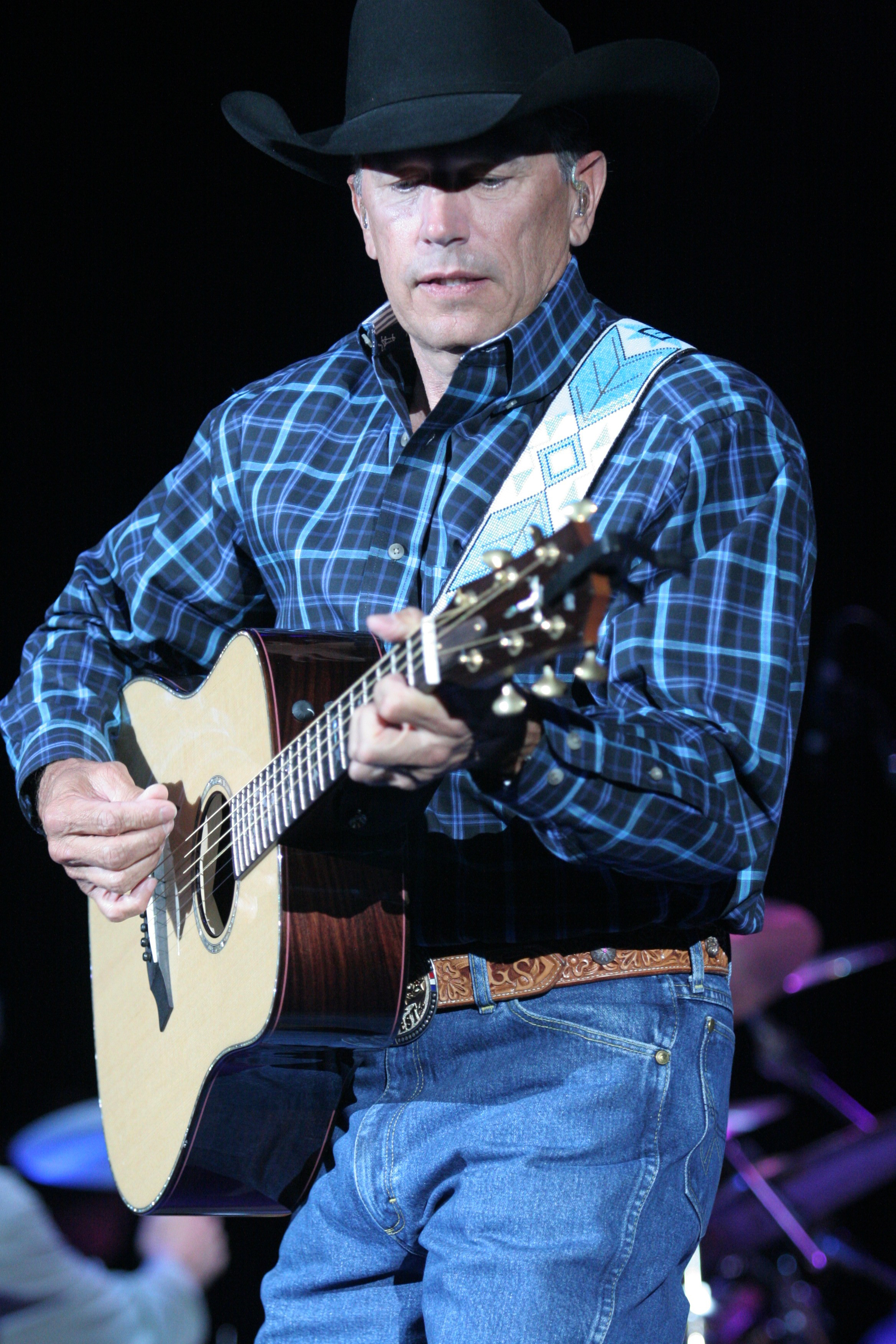 George Harvey Strait Sr. (born May 18, 1952) is an American country music singer, songwriter, actor, and music producer. George Strait is known as the "King of Country" and is considered one of the most influential and popular recording artists of all time. He is known as a pioneer of the neotraditionalist country style and movement, cowboy look, and being one of the first and most prominent country artists to bring country music back to its roots and away from the pop country era in the 1980s.

Strait’s success began when his first single "Unwound" was a hit in 1981 during the midst of the Urban Cowboy country pop era, setting the standard for neo-traditional country’s emergence into the 1980s and 1990s. During the 1980s, seven of his albums reached number one on the country charts. In the 2000s, Strait was named Artist of the Decade by the Academy of Country Music, was elected into the Country Music Hall of Fame, and won his first Grammy award for the album Troubadour. Strait was named CMA Entertainer of the Year in 1989, 1990 and 2013, and ACM Entertainer of the Year in 1990 and 2014. He has been nominated for more CMA and ACM awards and has more wins in both categories than any other artist.

By 2009, he broke Conway Twitty’s previous record for the most number-one hits on Billboard’s Hot Country Songs chart when his 44 number one singles surpassed Twitty’s 40. Counting all music charts, Strait has amassed a total of 60 number-one hits, hitting the landmark with "Give It All We Got Tonight" in 2013, breaking a record also previously set by Twitty, giving him more number one songs than any other artist in any genre of music.Strait is also known for his touring career when he designed a 360-degree configuration and introduced festival style tours. For example, the Strait Tours earned $99 million in three years. His final concert for The Cowboy Rides Away Tour at AT&T Stadium in Arlington, Texas, in June 2014, drew 104,793 people, marking a new record for largest indoor concert in North America.Strait has sold more than 100 million records worldwide, making him one of the best-selling music artists of all time. His certifications from the RIAA include 13 multi-platinum, 33 platinum, and 38 gold albums. His best-selling album is Pure Country (1992), which sold 6 million (6× platinum). His highest certified album is Strait Out of the Box (1995), which sold 2 million copies (8× Platinum due to being a box set with four CDs). According to the RIAA, Strait is the 11th best-selling album recording artist in the United States overall.

DF#mGDAmarillo by mornin', up from San Antonio

DF#mGAEverything that I got, is just what I've got on

GADF#mGWhen that sun is high in that Texas sky, I'll be bucking at the county fair

DAGADAmarillo by morning, Amarillo I'll be there

DF#mGDThey took my saddle in Houston, broke my leg in Sante Fe

F#mGALost my wife and a girlfriend somewhere along the way

GABut I'll be looking for eight when they pull that gate

DF#mGDAGADAnd I hope that judge ain't blind, Amarillo by mornin' Amarillo's on my mind

EG#mAEAmarillo by mornin' up from San Antone

EG#mAB7Everything that I got is just what I've got on

AB7I ain't got a dime but what I got is mine

EB7AB7EAmarillo by mornin' Amarillo's where I'll be

EB7AB7EAmarillo by mornin' Amarillo's where I'll be

Amarillo by Morning by George Strait Guitar Play Along

How to hack 2k