People in Ankeny seeking to get somewhere else in Ankeny or beyond will have another option starting in November when Des Moines Area Regional Transit launches its new app-based, on-demand service in the area.

DART spokesperson Erin Hockman said the free "DART On Demand" app will be released mid-November on Apple and Google Play stores. It will be similar to other rideshare apps in which riders "will enter their current location, destination and request a trip either in real-time or they can also be scheduled in advance," she said.

DART already provides an on-call service, but riders must reserve spots 24 hours in advance and fares cost $3.50. Those rides are available between 9 a.m. and 4 p.m. on weekdays.

Under the new program, hours will expand to 6 a.m. through 6:30 p.m. weekdays in the Ankeny pilot program, which will charge $1 per ride and require no advance notice.

"I think the primary use will be to facilitate those shorter trips that are within the city of Ankeny," Hockman said. "But someone could use it in Ankeny to get to a bus stop that then they could hop on a fixed route bus and get into downtown Des Moines."

More:Pumpkin patches, apple orchards and corn mazes to visit in central Iowa in 2021

The new service will initially use small buses, as DART's current on-call service does, but Hockman said large vans could eventually be a better fit for the program in the future.

A similar microtransit zone in West Des Moines has been proposed to replace a fixed route that runs near West Des Moines' city hall, library and Jordan Creek Town Center. This service would be available 5:30 a.m. to 10 p.m. on Mondays through Saturdays and 7 a.m. to 6 p.m. on Sundays.

The change would allow riders greater flexibility in their travel schedules, according to DART officials. Another route would be extended to Jordan Creek Mall to compensate for the change as well.

"Because microtransit is so much more flexible, being able to offer door-to-door on-demand service it can be used for more types of trips," Hockman said. "It can be used for a short trip to and from the grocery store. But there's also a lot of other connections to routes throughout the region."

Future of DART in central Iowa

DART officials are trying to imagine what transit in the Des Moines metro area will look like in the future. They held a virtual meeting Monday where they took input about what metro area residents want in the future.

DART will also have open houses:

The survey found 71% of respondents live in low-income households. Of that group, 74% do not have a car in their household and 40% must travel outside Des Moines to get to or from work.

As the suburban areas of the metro area continue to grow, it has become more difficult to serve those transit needs, Hockman said.

Large busses are still going to be the "core" of DART's transit network, but on-demand service was the most popular model with survey respondents, according to the survey. There are several other places in the metro area where microtransit fits better than fixed routes, and could eventually be added, Hockman said.

"Technology and mobility is constantly changing," Hockman said. "What we're really looking to do is offer more different types of services."

Philip Joens covers breaking news for The Des Moines Register. He can be reached at 515-443-3347 at [email protected] or on Twitter @Philip_Joens.

What Does Ankeny Need?

Bankers Trust and Denny Elwell Company recently asked Ankeny residents what businesses they’d like to see in their community. Nearly 700 business ideas were submitted. The top five most-wanted businesses include: 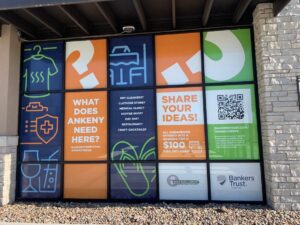 Other popular submissions include more locally-owned and upscale restaurants, recreation options such as bowling alleys, mini golf or pickleball, and home décor and home furnishing stores.

Bankers Trust and Denny Elwell Co. are using the ideas submitted through the Ankeny campaign to recruit companies, encourage growth, and continue to engage residents and customers in their planning and development efforts.

A new Ankeny location for Crumbl Cookies and Costco are coming soon. We hope you will watch for announcements of new developments in Ankeny to see if some of your retail ideas come to fruition.

Thank you for your participation in this campaign!

Other Most Wanted Links

Located at The Bureau of Alcohol, Tobacco and Firearms.

Located at the Federal Bureau of Investigation.

Located at the Federal Bureau of Investigation.

Located at the Department of Justice US Marshals Home Page

Warning!  Meth Kills!  See Faces of Meth - Before & After

Photos and information taken from the city of Ankeny's website. Check out more of Ankeny's Most Wanted there.

To view regional and national most wanted lists, visit the links below:

Find out what's happening in Ankeny with free, real-time updates from Patch.

To request removal of your name from an arrest report, submit these required items to [email protected]

The rules of replying: 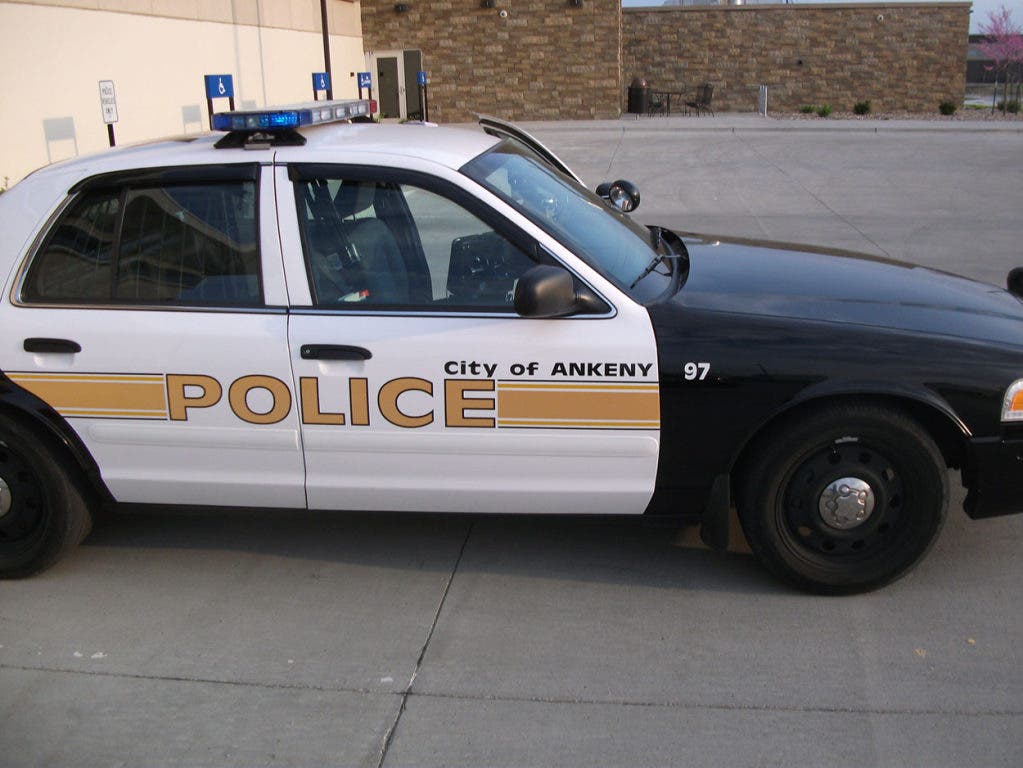 Sadly, 42 Iowans perished in fires in 2012. However, the State Fire Marshall's office says 217 lives were saved by fire alarms. 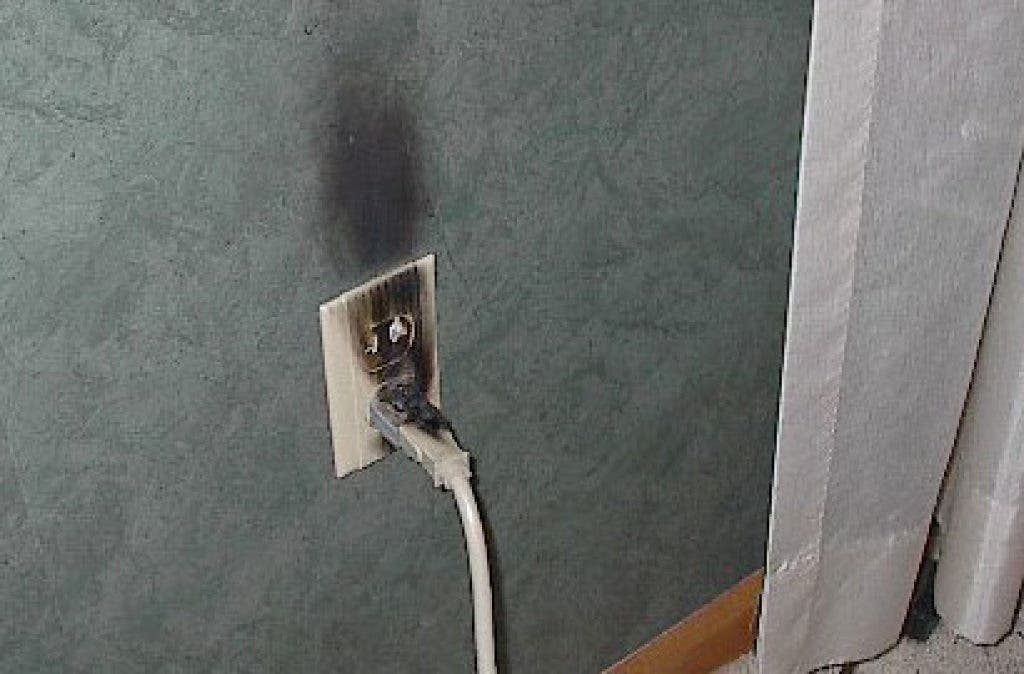 Ankeny police arrested an Iowa City woman in April after she allegedly became angry with Ankeny Walmart employees when they wouldn't let her return an item not found on her receipt.

Paul and JoAnn Drake are out on bond as they await trial on charges of child neglect. Authorities say the couple at times locked two adopted children in the basement for several weeks.

Man Allegedly Punches Ex-Girlfriend for Looking Through His Phone: 2012 in Review

A West Des Moines man was charged with domestic assault after police responded to a call from his ex-girlfriend in the early morning hours of Feb. 5.

Ryan Trowbridge had asked for a new trial after being convicted in October of killing his 4-month-old daughter. His request was denied and he was sentenced to life in prison.

Police are looking for a West Des Moines woman for her alleged involvement in the Nov. 29 incident, a release issued by the Ankeny Police Department said.

A roundup of operating a vehicle while intoxicated and other alcohol-related charges extracted from our recent police blotters provided by the Ankeny Police Department.

Ankeny police arrested a Des Moines woman for her alleged connection to the Nov. 12 incident.

Kevin Dalasta is accused of driving through a stop sign to cause a crash that injured Ankeny mom Heather DeJoode and killed two of her children, Carson, 5, and Claire, 5 months.

The suspect allegedly struck a store loss prevention officer with her vehicle before fleeing the scene.

Two suspects accused of robbing an Ankeny Walgreen's this morning led police on a high speed chase that ended near Elkhart.

Ankeny's Most Wanted: Do You Know These Suspects?

The Ankeny Police Department is seeking the public's assistance in identifying the following subjects. If you have any information regarding the cases listed below please contact the department.

There are currently 6,349 registrants listed on this website.
This Website is typically updated hourly during business hours, Monday through Friday.
This website was last updated 10/19/2021 at 11:00 pm.

The Iowa Department of Public Safety

(DPS) has a history of dedication and service to the citizens of Iowa and those who visit our state. Since it was first established in 1939, DPS has been the chief law enforcement agency in the State of Iowa.

The Division of Criminal Investigation

(DCI) was created in 1921 to provide investigative support and expertise to law enforcement agencies across the state.

(NSOPW) is coordinated by the U.S. Department of Justice. The NSOPR site is a cooperative effort between Jurisdictions hosting public sex offender registries ("Jurisdictions") and the federal government.

Registrants have recently reported receiving calls from a person claiming to be with law enforcement. The caller requests cash or other form of payment, or face getting arrested for not complying with registration requirements. Please be advised that no law enforcement or government agency will ever request such payment nor make threats of arrest by phone. Anyone receiving such a call should not make any payment or provide any information to the caller.

As part of the 1994 Violent Crime Control and Law Enforcement Act the United States Congress passed the Jacob Wetterling Crimes Act which bears the name of an 11-year old Minnesota boy who was abducted, assaulted and murdered near his family home. The Act set forth guidelines for states to establish sex offender registry programs.

In 1996 the Wetterling Act was amended by Megan's Law, which requires states to release relevant information about registered sex offenders to protect the public. This law bears the name of Megan Kanka, a seven year old girl who was sexually molested and murdered by a convicted sex offender after being invited into his home to play with his new puppy.

Jetseta Marrie Gage was a Cedar Rapids, Iowa, child who was kidnapped, raped and murdered by a registered sex offender in 2005. Jetseta's case prompted awareness and changes in sentencing and sex offender registration laws for those who commit child sex crimes in Iowa.

The photos below are a few of the registrants who were recently updated .

The mayor of Ankeny, Iowa is Gary Lorenz. Gary Lorenz can be contacted at 515-965-6400 and by email at [email protected]

Facts about crime in Ankeny, Iowa:

Most Wanted At Ankeny Police Department:

The Polk County Sheriff’s Office is also responsible for the public safety of the City of Ankeny, Iowa.

The physical location of the jail is:

Remote visits are available through

Police records can be obtained from the Records Division/Department of the Ankeny Police Department during normal business hours. Requests may be made completing the fillable/printable Police Records Request form which can be mailed, faxed or delivered in–person.

The location and reports request contact information is as follows:

The location and records request contact information is as follows:

How to fix ds cartridge