The framework provides the designer with simple ways to manage picture and texts and to quickly animate them efficiently. The framework also lets you organize pictures and text in layers so that you can easily manage which pictures stay on top on which stay on the bottom. It provides several ways to animate pictures: scaling, moving, rotating, blinking/pulsing and fading.

NOTE: The suggested picture size is 2048x2048. This is to make sure it fits and looks sharp on different aspect ratios and resolutions.

The suggested picture size for skybox textures is 4096x4096. This is because the texture is usually scaled to make sure that all the screen space is covered during the translating animation.

A Timeline needs to be prepared before calling the Animated Opening function.

The Animated Opening can be started by calling the function BIS_fnc_AnimatedOpening. Once called, the opening will start right away.

The initialization and destruction of the framework is handled by the BIS_fnc_AnimatedOpening and you will not need to deal with that.

The function initializes the following layers:

To create and display a new picture, use the MODE_LAYER_CREATE code. You can then use then MODE_LAYER_ANIMATE mode to scale and translate it.

similarly, other modes can be used to rotate or fade the image.

The suggested picture size is 2048x2048 and 4096x4096 for skybox textures. This is to make sure it fits and looks sharp on different aspect ratios and resolutions.

The workflow for texts is very similar but the modes to use are different.

To delete displayed pictures and text, use the MODE_RESET mode.

Black In and Black Out modes can be used to fade to or from black.

To create an animated skybox-like background use MODE_SKYBOX_CREATE which adds and animates the texture.

See the Animated Briefing page for more information about the suggested workflow.

So, this is something that I probably should have figured out by now... How in the hell do I make an intro sequence to a scenario that everyone can see? What I mean by this is not a recording, but a simple text screen. In other words, for those that played the APEX DLC, you will know that in some segments, there will be a digital looking screen with a text on it like "4 hours until morning" or something, and then it fades to black, and then cuts to the players point of view. Any idea how to recreate this?

How to create a Black Screen Intro with text like in the Eastwind campagne?
As the title says, how do you do that? Im trying to have a blackscreen start where the type writter style text apperes on the bottom right of the screen with the Location date and time then fades to the game screen. If you know the anwser can you explaine it in layman terms. From what must I type, where must i do it, how and so on. telling me to go look at BIS_fnc_infoText and BIS_fnc_typeText or copy and pasting tons of info from the function viewer wont help because i dont understand any of it... ya im a noob.

ArmA 2 | Making an Intro with the In-game Camera

Begin by opening your text editor (MS Notepad or similar) and copying & pasting the code below into it:

Save the file as intro.sqs and drop it into your mission folder. Reopen it and keep it open throughout the remainder of this tutorial. Now launch ArmA 2 and enter the editor. Pull up your mission and place a civilian unit on the map location where you would like to begin shooting. Change the control to 'Player' and place this line of code it its 'Intialization' field:

Hit the 'Preview' button and enter the mission. There will be a set of white crosshairs in the center of the screen which indicates you are in camera mode via the civilian unit. You will want to maneuver the camera over to its first shooting position using the following commands:

Once you are in position, click the left mouse button. This records the starting camera position. Then click Alt + Tab to exit the editor. Go over to your intro.sqs file and drag your mouse over (highlight) the first camera position, hit Ctrl + V and then paste the new position over it. The code you are replacing is four lines down and looks like this:

Return to the ArmA 2 editor and move to the second shooting position. when you reach it click the left mouse button once again, repeating the process above but this time replacing the code that starts on line twelve: 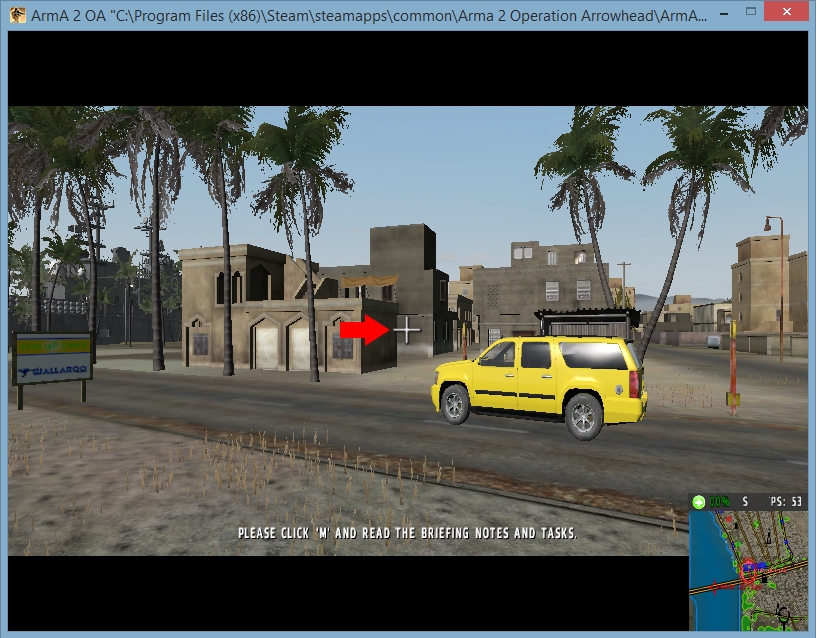 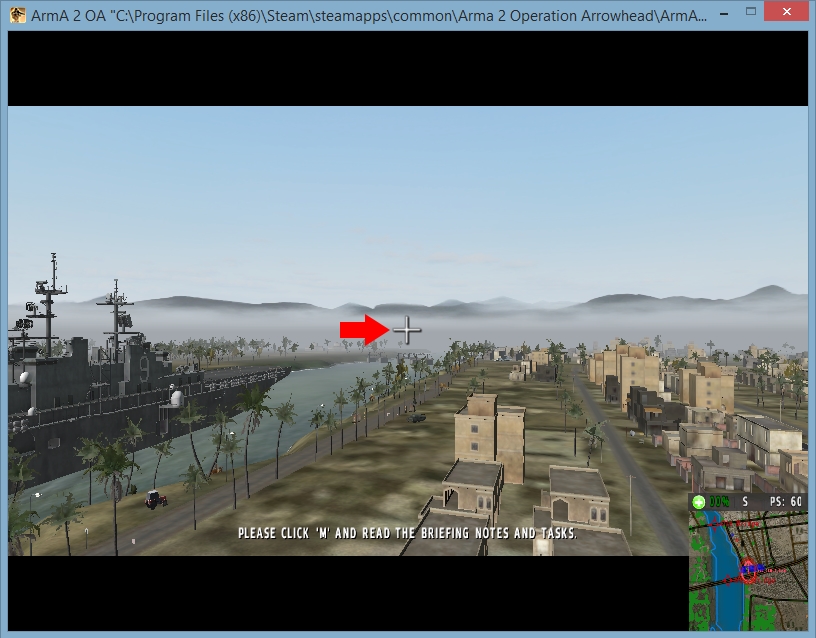 On the very last line of the code you just pasted (_camera camCommitPrepared 5) make sure to enter a number in seconds that you would like the camera to run in between positions one and two.

Return to the editor and delete the civilian unit. Click the 'Units' button and create a 'Game Logic' unit. Enter this code in the 'Intialization' field:

The intro will run at this point when you play the mission. In regard to music, I have used Beethoven's 'Fur Elise' for my intro. if you would like to add music it will need to be in the .ogg format and the approximate length of your intro.

Place the name of your song on the first line of the intro.sqs file and your music will play.

This has given you a basic overview of how to run the camera to create an intro. There are a myriad of other things you can do and I encourage you to experiment. Keep in mind that the camera is not capturing video footage; it is recording viewing positions. You could easily move your intro to another map and it would run but would appear entirely different.

You can check out the video below to see the end product of the above tutorial.

Rip on the BIS forums had asked about a black fade in intro for his new mission. There’s countless ways of doing this but thanks to a hint from polpox I discovered that the new Bootcamp mission has introduced a function that makes a nice looking “infoText” effect. So I took some samples from the various ways I’ve done this before and came up with this.

Save the code as missionIntro.sqf. You can then call it from initPlayerLocal.sqf. There’s quite a few options you can set each with it’s own default. One “gotcha” is that if you don’t put anything in for any of the three first parameters the text typing effect will display %1, so if you want those blank put a space as in the examples.

This entry was posted on June 25, 2016, 6:00 AM and is filed under ArmA 3, Script Examples. You can follow any responses to this entry through RSS 2.0. You can leave a response, or trackback from your own site.

Where are tekton sockets made